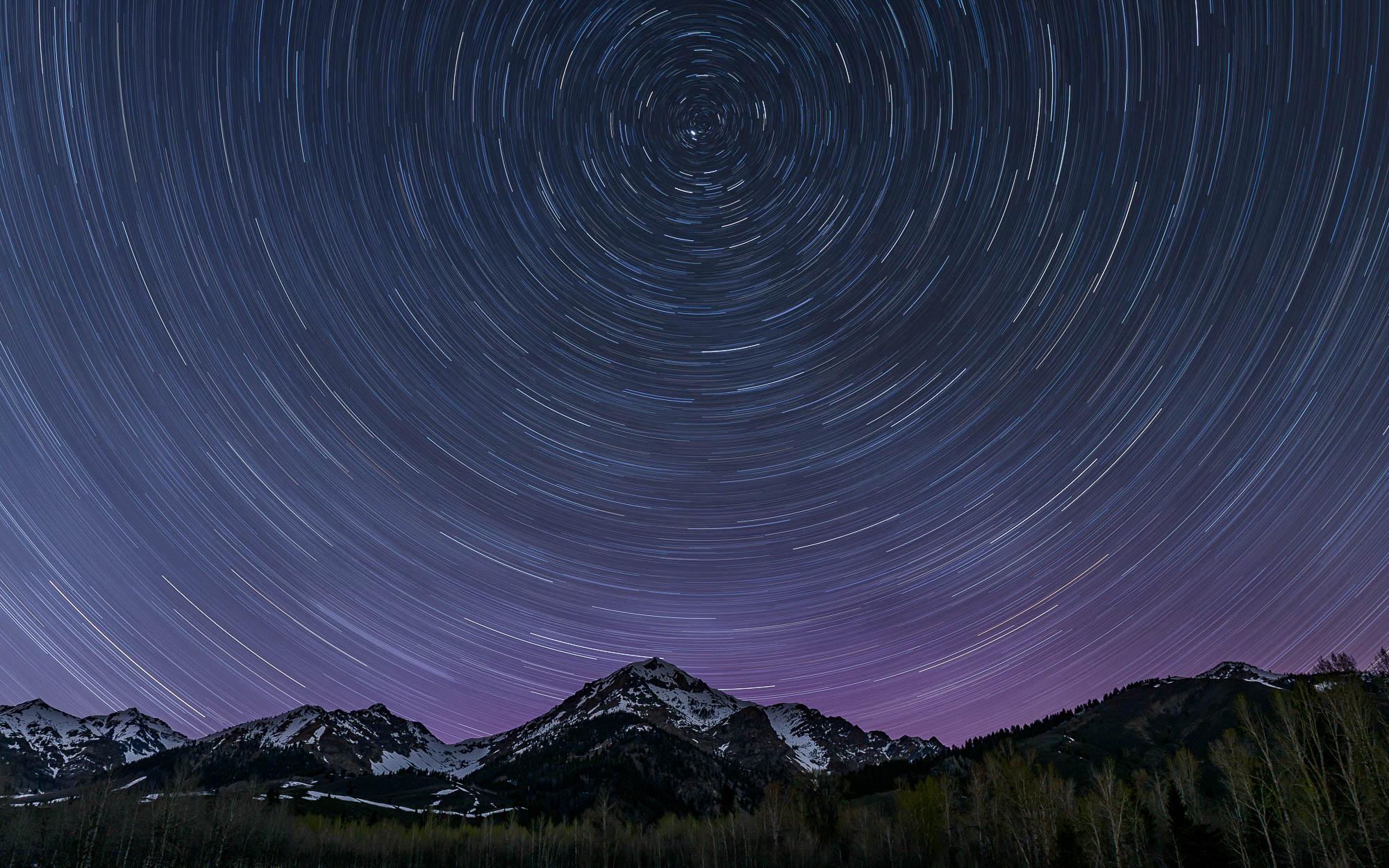 Boise — derived from the French word for wooded, but a name that also reflects a confluence of frontier myth and speculation — sits below the Rocky Mountains on a verdant plain known as Treasure Valley. Boise (BOY-see, if you’re a local; BOY-zee if you’re not), once a gritty stop along the Oregon Trail, is Idaho’s capital and, with a population of 223,000, its most populous city.

It is a place that offers frontier charm, easy access to expansive wilderness, a reverence for modern art and creative restaurants (not to mention goats known for their landscaping skills). It is also a place where visitors will find Basque culture — the most concentrated in the country — throughout the city, especially in the Basque Block neighborhood. The culture is an integral part of Boise, where children can take Basque dance lessons and adults can drink calimotxo, a red-wine-and-Coke libation.

Get sweeping views of downtown Boise and learn something about falconry, when you venture into the lowlands, a 20-minute drive outside the city. There, on a plateau that more than a half dozen falcons and other birds of prey call home, the World Center for Birds of Prey (also the headquarters of the Peregrine Fund) offers live raptor presentations and one of the world’s most thorough falconry archives. There are displays on raptor diets and migration patterns, and an astonishingly in-depth exhibition that details how Sheikh Zayed bin Sultan Al Nahyan, the former president of the United Arab Emirates, devoted much of his life to preserving the culture of falconry. General admission is $10.

A festival each summer commemorates Basque immigrants who settled throughout the rural areas in the 19th century, where they were miners and later shepherds. Evidence of the Basque diaspora is everywhere: a large mural of children playing pelota (similar to handball) overlooks downtown’s Basque Block, where utility boxes display images related to Basque dance, paella, bocadillos and tapas at the Basque Market, and an artzainak (Basque for shepherd) exhibition at the Basque Museum. Cocktails at The Modern Hotel and Bar downtown offers Basque-inspired cocktails such as the Barbarella (Hacienda de Chihuahua sotol, Bozal Tobasiche mezcal, rhubarb shrub and fresh ginger, $10). After a drink, explore the nearby Julia Davis Rose Garden, which holds more than 2,000 rose bushes inside a 43-acre park.

Helmed by the chef Christian Phernetton, State and Lemp sources Pacific Northwest and Idaho meats, cheeses and vegetables. The prix fixe menu, about $200 for two, changes frequently. On a recent visit, the menu included smoked sturgeon, octopus and fiddleheads, pork with rhubarb and a crème fraîche panna cotta. The venue is essentially an intimate art gallery with kinetic sculptures and other local artwork for sale. Reserve in advance.

If French cuisine is more in line with your tastes, Le Coq d’Or, in nearby Eagle (part of the metropolitan sprawl surrounding Boise), offers a menu that includes a tempura avocado crab boat (Dungeness crab with mango, cilantro and habanero ginger aioli, $14) and free-range chicken with “truffle spinach” and goat cheese risotto ($31).

Huddle around the bar with the casual date-night crowd at Bittercreek Alehouse, which offers more than two dozen rotating drafts from local breweries including Boise Brewing and Woodland Empire, as well as from breweries in Alaska and elsewhere. A late-night happy hour begins at 10 p.m. (try the poutine, $6, or the salmon croquettes, $5), but you’ll probably find yourself there past closing; guests aren’t kicked out — they’re usually invited to stay a while longer.

Heed the call to an amazing breakfast at Wildroot Café and Market, tucked behind an unassuming facade and decorated with bright green furniture. You can delve into a plate of Wagyu steak and eggs (served with sweet potato hash and asparagus, $16) or migas (a queso fresco and green onion omelette-like dish, with chorizo, house-made avocado salsa verde, pinto beans and crispy tortillas, $10). For a taste of Basque cuisine, go to Txikiteo (Basque for pub crawl), which opened in March. For breakfast, indulge in the Gâteau Basque (a fluffy cake topped with a cherry, $5) and the jamón serrano and manchego breakfast sandwich ($7).

Less than an hour’s drive from downtown is the city of Horseshoe Bend and the fantastical woodlands that surround it. Some of the best river rafting anywhere may be had on the Payette River ($60 for half-day trips). Or hike along the Wildlife Canyon Scenic Byway and spy on mountain goats and elk at various overlooks. Idaho Mountain Touring offers mountain bicycle rentals ($15 to $60 for up to four-hour rentals, depending on bike model); check out the Bogus Basin, a year-round skiing and biking enclave with verdant trails once used for gold mining.

Rent a car to drive through the Sawtooth Mountain range (a roughly three-hour picturesque drive) for an overnight in the Sun Valley wilderness. Central Idaho is the only certified dark sky preserve in the country — designated in 2017, it is one of 12 worldwide. (Though the designation applies to 1,416 square miles of craggy backcountry, anywhere outside of downtown Boise will do.) Set up your base camp in the town of Ketchum (try The Tamarack Lodge, where rooms start at $125), the final resting place of Hemingway. You’ll find his grave in the Ketchum cemetery. It’s the one adorned with pens and bottles of whiskey.

Recover from your drive with a flight of local craft beer specials, a house-baked pretzel (made with duck fat, rosemary and saison beer cheese, $8) and the butcher’s cut steak (market prices vary) at Warfield. Then explore the Sawtooths by kayak (Backwoods Mountain Sports, daytrips from $30, depending on model) or join a Salmon River float fishing trip (White Otter Outdoor Adventures, $350 a person). You’ll wend past gold-mining ghost towns and hot springs while navigating the same rich waters that the fur trader Alexander Ross and the Hudson’s Bay Company did in the 19th century.

Have a drink at Michel’s Christiania in Ketchum, where Hemingway spent his last night with his wife, Mary, and where you can enjoy the carpaccio de boeuf ($14) and escargots bourguignon ($15). Or save your appetite and go to the Town Square Tavern where you will find something like a Fifth Avenue vibe served alongside lamb burgers ($12), duck confit tacos ($13) and tapas ($6 to $12). Order a slice of Turkish coffee mud pie ($6) and then, as you head home, bask in the brightness of a blanket of stars.

No trip to Idaho is complete without potatoes. Frites come as sides with most everything. But there is only one Ice Cream Potato. Back in downtown Boise, enter Westside Drive-In, a throwback complete with pink neon sign. O.K., the ice cream isn’t actually made with potatoes. Rather it is frozen ice-cream compressed into the shape of a russet potato then rolled in cocoa powder and slit down the middle. Filled with rich whipped cream, it’s the perfect alt-snack in a place famed for its spuds.

When in the Gem State, do as the miners did: Head for the hills and the gold, which may or may not be there. Either way, appreciate the abundance of natural resources at the Idaho Museum of Mining & Geology (free), and then stroll through the Old Idaho Penitentiary ($6) next door, which offers a good introduction to Western prison history. There are several trailheads nearby, so hike into the rolling desert landscape, a vestige of what frontier remains.

Once a ramshackle motel, the Modern Hotel and Bar (1314 West Grove Street, themodernhotel.com; queen rooms start at around $130) is now a chic boutique inn with reasonable rates and excellent cocktails.

Built into the foothills overlooking the north of the city, the delightful Boise Hillside Suites (4480 North Kitsap Way, boisehillsidesuites.com; from $85) is roughly five minutes from downtown, and features landscaping stones from the Boise City Hall.

Looking for camp and kitsch? The Anniversary Inn (1575 South Lusk Place, anniversaryinn.com; from $159) has been a stalwart in Boise for years and is part of a larger Midwestern chain, with rooms such as the Treasure Island suite, the Sleeping Beauty’s suite and a Swiss Family Robinson-style treehouse.

If you do plan a trip to Boise, check out these suggestions on what to pack for the trip from our colleagues at Wirecutter.

An earlier version of this article misidentified the chef at the State & Lemp restaurant in Boise. The chef is Christian Phernetton, not Kris Komori.