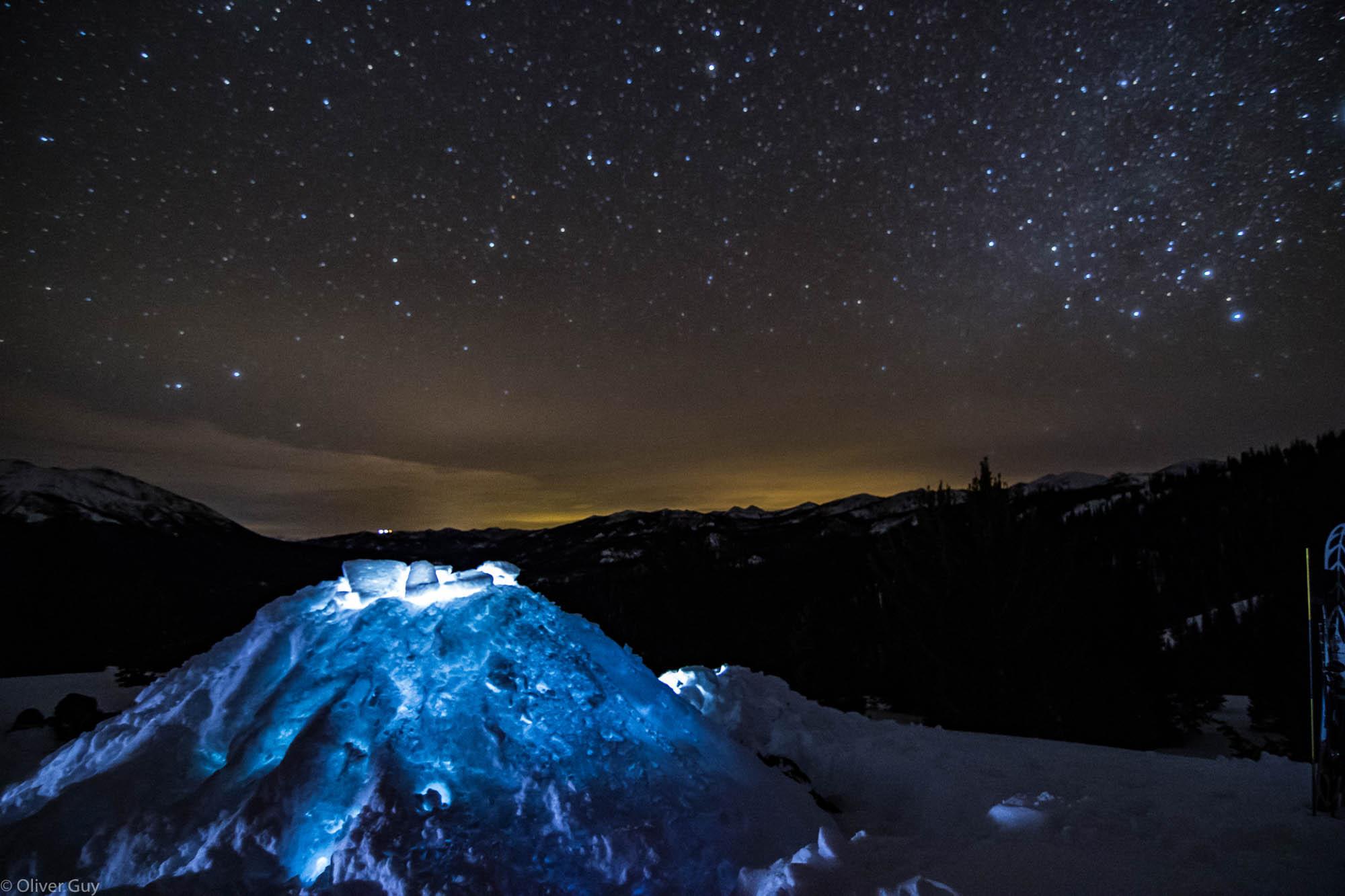 For millennia, human beings have gazed into the firmament and been awed by the thousands of stars, galaxies, nebulae, and other cosmic wonders visible to the naked eye. But in recent generations, much of humanity has become divorced from these marvels. Today, at least 80 percent of people living in the United States and Europe are so inundated with light pollution that they can’t even see our own Milky Way, let alone our neighboring galaxies like Andromeda.

In response to this creeping celestial blindness, conservation groups around the world have designated dark-sky parks, preserves, and sanctuaries—places where light pollution remains at a minimum and it is still possible to see an unblemished night sky. As with all conservation efforts, appreciation is key: We only work to protect what we know and love. Here are some of the best places around the world to take in the stars.

By day, the Colorado Plateau delights visitors with its many national parks and monuments that boast unique rock formations and dramatic vistas: Grand Canyon, Monument Valley, Bryce Canyon, Zion, and Canyon de Chelly. At night, redrock country fades to black and the spectacle moves overhead. A dazzling night sky requires remoteness, and with 130,000 square miles of largely uninhabited desert across the Four Corners region of Colorado, Utah, Arizona, and New Mexico, the Colorado Plateau delivers. The place is speckled with what the International Dark-Sky Associationcalls “gold-tier” dark-sky parks—areas that actively protect their starscapes from light pollution. One of these, Natural Bridges National Monument, was the first dark-sky park ever designated: It is arguably the darkest national park unit in the Lower 48 and hosts astronomy ranger programs throughout the summer.

In December, the International Dark-Sky Association designated more than 1,400 square miles of Idaho’s Sawtooth Wilderness as the United States’ first dark-sky reserve. Like dark-sky parks, reserves protect the night skies with light-pollution controls, though they also include pristine “core” dark zones, which makes them even rarer. Central Idaho’s reserve is one of only 12 in the world. Dark-sky ordinances require shields atop street and residential lights around the reserve’s periphery. But in the core, rugged terrain has warded off development and human-made light is practically nonexistent. By day, visitors enjoy vistas of the Rockies and their glacial lakes and perennial snow fields. By night, stargazers marvel at interstellar dust clouds, where our galaxy’s planets and stars are born.

The outback encompasses much of mainland Australia, and its 2.5 million square miles of arid, largely uninhabited land is almost completely free of light pollution. This is one of the best places to admire the sky in the Southern Hemisphere. The prevalence of starlight is so great in the Australian outback, that some Aboriginal peoples identified patterns not in the stars themselves but in the darkness between them. If you head out during Milky Way season (that’s March through October, no matter which hemisphere you’re gazing from), you’ll be able to look straight into the center of our galaxy. Pitch your tent at Ayers Rock Campground—only 10 miles from the spectacular sandstone formation of Uluru—to take in the sky from the outback’s center. If you want magnification, head to Milroy Observatory in New South Wales: It’s the largest telescope in the Southern Hemisphere that’s open to the public.

Just north of Montana, amid the Saskatchewan prairie, is one of the darkest stargazing spots in all of Canada—which, considering Canada has more than half of the world’s dark-sky preserves, is saying something. On the Bortle Scale, which measures the brightness of the night sky, Grasslands National Park measures at 1, which is as good as it gets. Out there, the sky bedazzles visitors with celestial objects like nebulae that are visible to the naked eye. Astronomers say the Milky Way is so bright in Grasslands National Park that it casts shadows on the ground. Venture to the park’s East Block for the darkest of skies.

High, dry, and with a near-guaranteed clear sky, Chile’s Atacama Desert has the weather and the altitude to deliver top-notch starscapes. It’s one of the driest places on Earth, which means celestial objects are extra-crystal-clear (humidity has the opposite effect). Because of this, astro-tourists aren’t the only ones looking to the sky: The Atacama region boasts a slew of observatories, from the Atacama Large Millimeter Array to the Very Large Telescope. Head south to the Elqui Valley and you’ll find the AURA Observatory, the world’s first International Dark-Sky Sanctuary. This designation is only given to the remotest of starry skies—places where starlight conservation is of the utmost importance.

Situated along the boundary of the Northern Territories and Alberta, Wood Buffalo National Park is the largest dark-sky preserve on the planet, boasting a staggering 11 million acres of protected land—an area larger than Denmark. Given its outstanding ecological and biological value, it’s also a UNESCO World Heritage Site, protecting bison and whooping cranes as well as starlight. If you want a chance to marvel at the northern lights, Wood Buffalo is the place to do it: The park’s latitude and flat, open plains often lead to shimmering displays of green. It’s not too crowded, either, which means you can take in the aurora borealis in peace. Unless, that is, you prefer to share the merriment of the night-sky light show, in which case you should go in August for the park’s Dark Sky Festival.

When it comes to stargazing, the only thing better than the remoteness of an open ocean is the dry, high altitude of land. The dormant volcano of Mauna Kea on Hawaii’s Big Island offers both. Lighting restrictions on the island minimize light pollution, as does the fact that Hawaii sits in the midst of the vast (and dark) Pacific Ocean. And what about the humidity so common in the tropics? Thanks to a tropical inversion cloud layer that’s 2,000 feet thick, the upper stretches of the mountain are kept dry and largely clear. It’s such an ideal spot that the summit boasts the world’s largest observatory for optical, infrared, and submillimeter astronomy. And not far below, at an elevation of 9,200 feet, the Mouna Kea Visitor Center offers stellar views and free stargazing programs each night.

Claiming your right to starlight starts with seeking out dark skies like the ones mentioned above. You can also use tools like the Dark Sky Finder, which maps out where stars are most visible. Bring friends and family with you, so you can further cultivate awe for the heavens.

To learn about starlight-friendly practices, and to get information on outdoor lighting ordinances that protect starscapes in your area, go to the International Dark-Sky Association’s website: darksky.org.