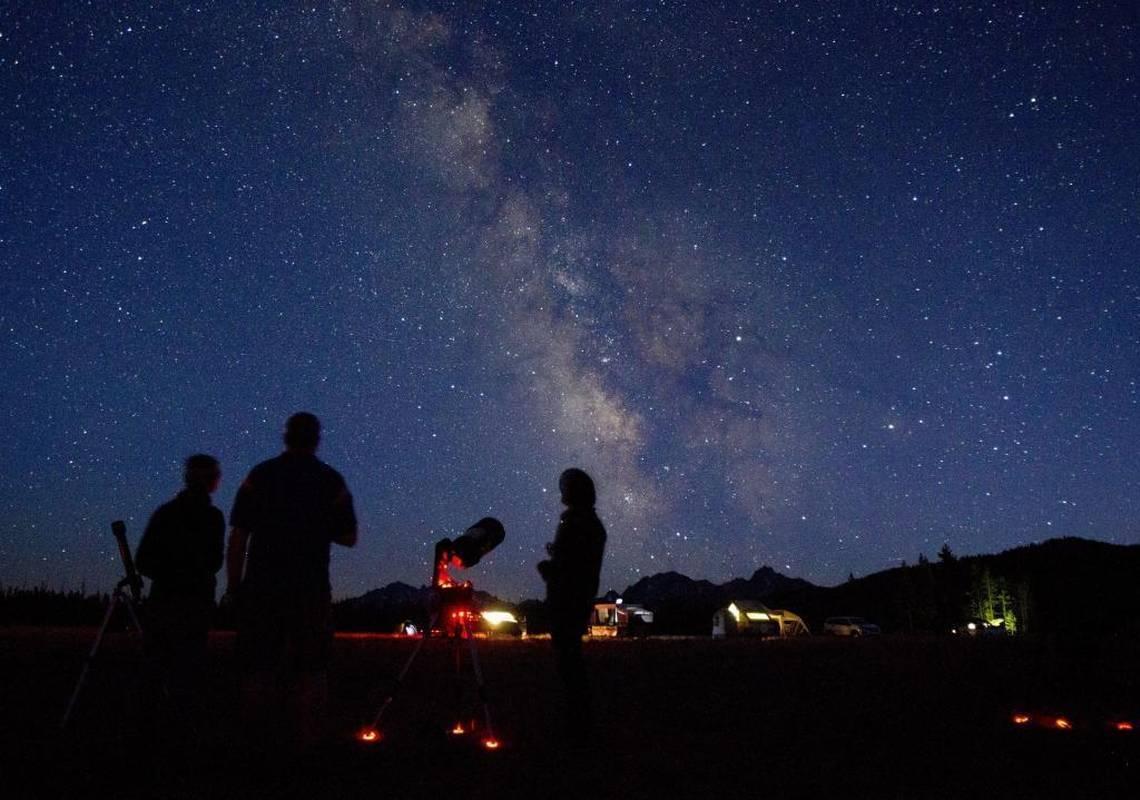 The glittering diamonds of the Milky Way over the Sawtooth National Recreation Area will be preserved for future stargazers, as the International Dark-Sky Association on Monday approved the nation’s first dark sky reserve.

The 1,416-square-mile reserve also includes the communities of Stanley, Ketchum and Sun Valley. It is the 12th such reserve worldwide, and the third largest.

And it’s less than three hours from Boise, in the mountains of Central Idaho, an easy car trip away.

The Central Idaho Dark Sky Reserve fulfills the dream of Stanley Mayor Steve Botti, of community leaders and conservation groups, and of Steve Pauley, a retired ear, nose and throat specialist from Ketchum. Pauley, known as “Doctor Dark” for his crusade against light pollution in his hometown, helped secure strict regulations in Ketchum and Sun Valley in 2000 and 2004 to shield lights to protect the night sky

The move follows the association’s individual recognition earlier this year of Ketchum and of Craters of the Moon National Monument and Preserve for the quality of their dark skies.

“We are all made of stardust, and must connect with the night sky to see our origins,” Pauley said of his work.

The International Dark-Sky Association’s designation requires public and private lands to “possess an exceptional or distinguished quality of night sky, view of the stars and nocturnal environment,” it said in a news release. The association gave the Central Idaho Dark Sky Reserve “Gold Tier” status, its highest ranking of the quality of the night sky.

The reserve is a “milestone,” J. Scott Feierabend, the association’s executive director, said in the release. “That such truly dark nighttime environments still exist in the United States is remarkable, but even more impressive is the effort undertaken to protect them in this case.”

Reserves include a core area meeting minimum criteria for sky quality and natural darkness, and a peripheral area that supports dark sky preservation in the core.

“The starscape is an integral part of the landscape up here,” said Botti, a former National Park Service fire manager who retired to Stanley and was elected mayor earlier this year.

Researchers have measured this: More than 80 percent of the planet’s land area, and 99 percent of the populations of the United States and Europe, look up to skies so polluted with manmade light that the Milky Way is virtually invisible, according to the World Atlas of Artificial Night Sky Brightness.

The idea to seek the reserve came to Botti as he was lobbying in 2014 in Washington, D.C., for a wilderness area covering the Boulder-White Clouds. Ketchum Mayor Nina Jonas joined him.

“Things started to jell from there,” Botti said.

“This is the culmination of a lot of work, important policy decisions and commitment by so many to manage our light pollution,” Jonas said in the release.

Botti spoke at the Idaho Conservation League’s Wild Idaho conference in 2015, in the middle of the home stretch for the eventual wilderness. With local communities, the ICL and the Forest Service on board, supporters gathered the inventories and wrote the plans necessary to get approval, said Dani Mazzotta, ICL’s Central Idaho director.

“We should all feel good about this, and take a moment to think about the benefit this leaves for generations to follow,” said Pauley.