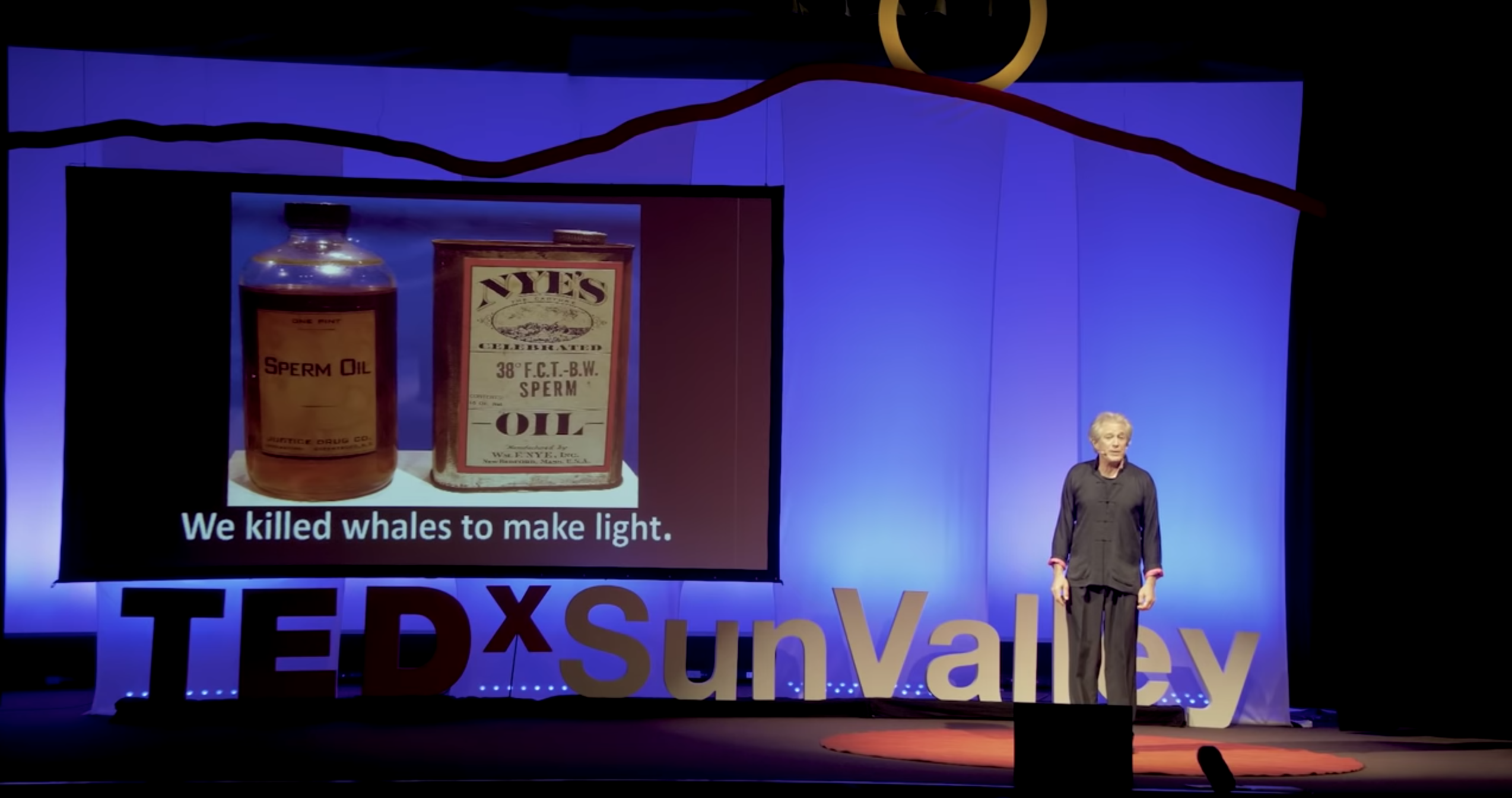 Humans’ lust for light endangers the planet and impacts the climate in ways we never see, because the business of making light is very dark. Michael Marlin uses entertainment to reconnect us with the wonders of darkness, and inspire us to turn the lights off. People describe Marlin as a cross between “Doc Brown and Willy Wonka” who embodies the essence of a pioneer. A circus runaway at age 18 tending elephants, he graduated from Clown College and went on to created the ‘comic juggler’ genre in the late 70’s that paved the way for a generation of jugglers who followed. Disillusioned by show business and LA, he dropped out in 1986 and moved to the jungles of Hawaii, where he founded a community where he lived for five years with no electricity in a tree house he built. Inspired by moon, stars and glowing lava, Marlin set about to create another first of its kind, LUMA: Theater of Light, a live production he’s performed in 15 countries on 5 continents. Marlin still juggles and is also a film actor, satirical essayist, cartoonist, and an inventor of toys and games. His book, “The Contemplative Navel” has been reviewed as “a cross between Will Rogers and Sophocles.” He received the Presidential Volunteer Service Award from Barack Obama. This talk was given at a TEDx event using the TED conference format but independently organized by a local community. Learn more at https://www.ted.com/tedx