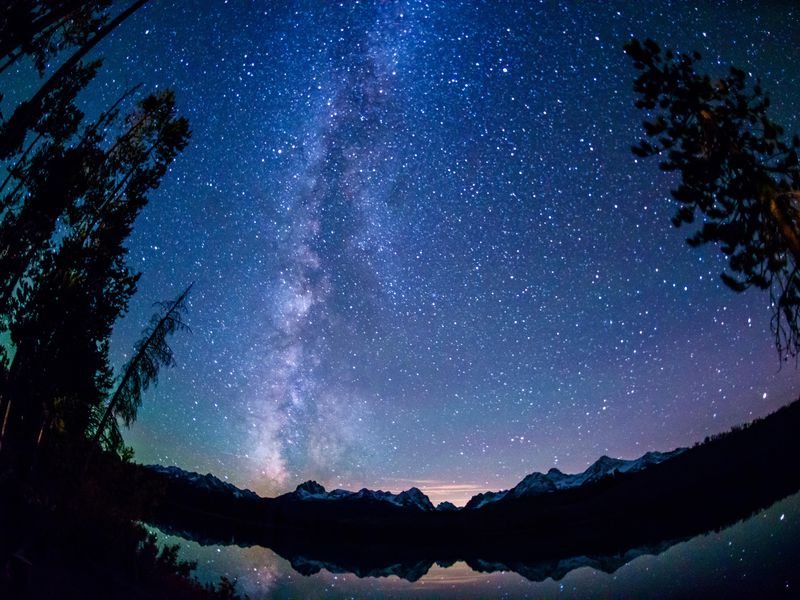 Stargazers in search of pristine views of the night sky should be heading to Idaho.

The International Dark Sky Association (IDA) approved the Central Idaho Dark Sky Reserve’s application to become the first dark sky reserve in the United States on Monday. It is now one of 12 official dark sky reserves in the world.

“Today’s creation of the Central Idaho Dark Sky Reserve is a milestone in the history of IDA’s International Dark Sky Places Program,” said IDA Executive Director J. Scott Feierabend, in a statement. “That such truly dark nighttime environments still exist in the United States is remarkable, but even more impressive is the effort undertaken to protect them in this case.”

The 1,416-square-mile area in Idaho is the third largest dark sky reserve in the world. It stretches from Sun Valley to Stanley, including parts of Sawtooth National Forest. For amateur astronomers, the reserve promises stellar views of the nighttime sky without any obstruction or nearby light pollution.

In order to be named an official dark sky reserve, an area must have “an exceptional or distinguished quality of night sky, view of the stars and nocturnal environment,” according to the IDA.

Because of its mountainous topography, the Central Idaho Dark Sky Reserve “largely resisted electrification leading to the deployment of large amounts of artificial light,” the IDA said. There are certain parts of the park where visitors won’t be able to get cell signals or electricity.

The IDA formed in 1988 to combat light pollution. They formed the Dark Sky Places Program in 2001 to work with communities towards developing “responsible lighting policies and public education” to “protect and preserve” the night sky. The IDA also recognizes dark sky communities, parks and sanctuaries.