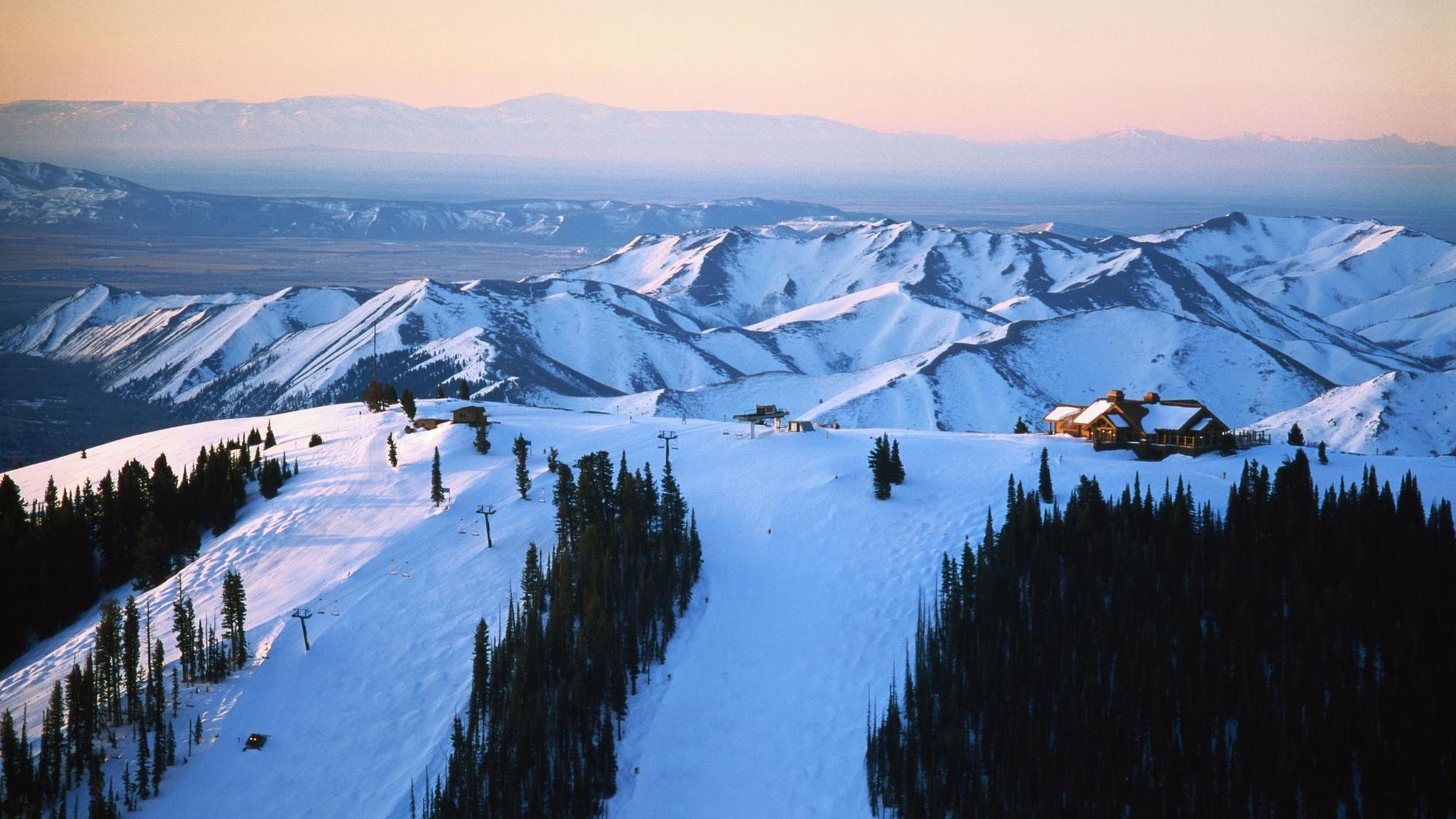 04 Jan The top 10 places to visit in 2019, from Belize to Tasmania and Napa/Sonoma in between – Marc Muench Photo

Wherever you live, there’s a good chance 2018 tempted you to run away.

We’re OK with that. In fact, we’ve been vetting likely destinations and we’ve found 10— three in the U.S., the rest scattered around the planet that beckon you to escape. Several are islands and only one is a big city.

The most rigorous element in our profoundly unscientific selection process is the order: It’s alphabetical. Otherwise, we looked for cities, regions, islands and countries on the brink of dramatic changes, unveiling new attractions and adding infrastructure. We also aimed for geographical balance.

The result is this list, which touches eight countries on six continents. (Maybe next year, Antarctica.)

Of course, there’s more than one way to read it. Depending on what kind of traveler you are, you may want to arrive before that first luxury hotel opens — or just after.

This small, English-speaking Caribbean country, just south of Mexico’s Yucatán state, is full of jungle, white-sand beaches and the second-largest reef system in the world. It’s a place for snorkeling, diving, kayaking and caving.

Most international visitors arrive by cruise ship as day-trippers, but the country counted 427,000 overnight visitors in 2017, an all-time high. Many head straight from Goldson International Airport to Ambergris Caye, Caye Caulker (popular with budget travelers) and the Cayo area (Maya ruins in the jungle).

Until lately, most hotels have been modest with fewer than 20 rooms, but a new wave is coming. North of Belize City on Ambergris Caye, Hilton’s 205-unit Mahogany Bay Village resort opened in late 2017, and Alaia Belize (from Marriott International’s Autograph Collection) is due in 2020.

To the south in Plascencia, the Itz’ana Resort and Residences opened in early 2018. If you can pay $2,950 per night for a party of two, you can have Gladden Private Island (opened in 2017) to yourselves.

Meanwhile, Four Seasons plans to open a private-island resort on Caye Chapel in 2021. On Blackadore Caye, an eco-resort project backed by actor Leonardo DiCaprio is in the works, timetable uncertain.

For centuries, Denmark’s capital has been tempting outsiders with the Tivoli Gardens amusement park (opened 1843); Kronborg Castle (the setting for Shakespeare’s “Hamlet”); the scenic Nyhavn waterfront (home to writer Hans Christian Andersen); and the shops, restaurants and street performers along Stroget.

But lately Copenhagen is becoming known for much more, especially its restaurants. The Reffen area, a new destination for street food and artisans, was unveiled this year. Vandvid, a houseboat restaurant in the city’s South Harbour, opened this year. And don’t forget Noma, sometimes hailed as the world’s best restaurant, which reopened in February at a new location after a year-long hiatus.

Elqui Valley, about 400 miles north of Santiago, is for wine-tasting and star-gazing, but mystics and hippies have been congregating here for years.

Its main towns include Vicuña (where 1945 Nobel Literature Laureate poet Gabriela Mistral was born in 1889) and Pisco Elqui (which leads Chile in pisco production). Its vineyards are best known for their Syrahs and Carménères.

But the biggest draw in the year ahead may be the valley’s dark, clear skies. The region has a dozen or more observatories, some attached to hotels such as Elqui Domos, each with programs for visitors. They’ll be hopping July 2, when the area will be in the path of totality for a solar eclipse.

Admit it. You’ve dreamed about the South Seas. And Tahiti, Bora-Bora and Moorea are just the start. The region includes 118 islands and atolls, with all sorts of watery options for adventure.

Flights are becoming more affordable and frequent. In May, budget carrier French Bee started flying nonstop between San Francisco and Papeete, Tahiti, twice weekly. Since October, United Airlines is flying the same route three times a week. From LAX or SFO, Tahiti is a little less than nine hours of flying — closer than Europe.

About that July 2 total solar eclipse: The Tuamotu Archipelago (largest atoll, Rangiroa) will be along the path of the totality.

The Island of Hawaii

Why? Because it’s beautiful and it’s not exploding at the moment.

Hawaii Volcanoes National Park closed in May when a series of quakes and eruptions from the park’s Kilauea volcano began. By the time the park had partly reopened Sept. 22, more than 700 homes had been destroyed, thousands of acres had been overrun by lava and the island had grown by 875 acres.

Some roads, trails and the Jaggar Museum are still closed, but many other areas are accessible. Unless things change, you won’t see molten lava or great clouds of volcano gas rising from Halemaumau Crater. Because the volcano has calmed down, the 33-room Volcano House hotel and restaurant, perched on the rim since 1846, reopened in October after a five-month closure.

Along the island’s sunny Kohala Coast, the Westin Hapuna Beach Resortreopened in June after a $46-million upgrade and rebranding. The nearby Mauna Lani, which closed in October for a $100-million upgrade, reopens in December 2019.

Winters have been busy in these parts since 1936, when the Sun Valley Resortopened as one of the first destination ski areas in the U.S. Nowadays the action also happens in downtown Ketchum (population 2,763, a mile south of Sun Valley), and there’s more happening year-round.

The Hotel Ketchum opened early this year. The Argyros Performing Arts Center, also in Ketchum, opened in November, offering music, theater, film and dance. Sun Valley’s Warm Springs Day Lodge, damaged by fire in April, reopened in December. A renovation of the Sun Valley Inn is to be completed in January. The Tamarack Lodge, which closed in the fall for a “design refresh” by new owners, reopened Dec. 14.

Greater Ketchum is also part of the Central Idaho Dark Sky Reserve, one of the planet’s prime zones for natural nighttime darkness.

The fires that scarred this region in 2017 destroyed thousands of structures and killed dozens of people. Most of the area’s vineyards and visitor attractions survived, and many have upgraded since the disaster.

The 183-room Archer Hotel Napa opened in November 2017 and in March unveiled a rooftop restaurant and bar. Vista Collina Resort opened in summer with 145 guestrooms and is an easy walk from the nine tasting rooms (eight for wine, one for beer) at a food-and-wine center known as The Village.

In Calistoga, the Francis House luxury inn reopened in September, and a Four Seasons Resort & Residence is to open midyear.

In Sonoma Valley, the Gaige House+Ryokan in Glen Ellen has been revamped. The Kenwood Inn in Kenwood reopened in March after a five-month closure. Its spa is to reopen in March.

This small central African country was scarred by civil war in the early 1990s, but peace now prevails. The slopes and calderas of Rwanda’s Volcanoes National Parkare full of mountain gorillas and golden monkeys.

International arrivals increased 23% to 1.3 million between 2012 and 2016, by count of the World Tourism Organization. Tour operators such as Glendale-based African Travel, South Africa-based Rhino Africa and Britain-based Audley Traveloffer game-viewing trips with brief stops in Kigali, the capital.

The luxury lodging One & Only Nyungwe House opened in October near Lake Kiva, and Wilderness Safaris, which opened Bisate Lodge in 2017, will open its upscale Magashi Camp in Akagera National Park in March.

On the U.S. State Department’s four-point safety scale, Rwanda has the safest ranking, on par with Canada and above Mexico and France.

The island nation of Sri Lanka sits at the southern tip of the Indian subcontinent and is surrounded by the Indian Ocean. Since its Civil War ended in 2009, peace dividends have bloomed, including a near doubling of international arrivals between 2012 and 2016, reaching 2.2 million.

The region’s recently improved rail system includes scenic routes between Colombo, the capital, and Galle (coastline) and between Kandy and Ella (colonial bridges and tea plantations).

In Yala National Park, check out leopards, elephants and sloth bears. In Central province, you can roam the statue-filled Dambulla cave temple complex, a UNESCO World Heritage Site. On the lush coast outside Galle, the KK Beachhotel opened in 2016, and the Tri Lanka (late 2015) offers sustainable luxury (no children younger than 12).

As an island off the south coast of Australia and home to grim British penal colonies in the 19th century, Tasmania didn’t get many tourists for a long time. Now Tassie (its local nickname) is getting more.

Freycinet Lodge in Freycinet National Park this year opened Coastal Pavilions and Mountain Terrace units. Near the Bay of Fires, try the Wukalina Walk, a three-night adventure (October through April) led by an aboriginal guide, that was unveiled early this year.

On the southeastern coast, the Remarkable Lodge, a luxury wilderness retreat, is to open in 2020. In downtown Hobart, the Tasman, a luxury hotel by Marriott, is to open in December. The island received 1.3 million visitors in the year ended June 30. Just 44,200 were Americans — but that was a 22% increase from the year before.